Maddie Riewoldt’s Vision is powered by the Snowdome Foundation.

Tragically, in February 2015, 26 year old Maddie Riewoldt lost her 5 year battle with aplastic anaemia, a rare disorder in which the body’s bone marrow fails to make enough new blood cells. To honour their daughter and sister’s fight, the Riewoldt family has established ‘Maddie Riewoldt’s Vision’ (MRV) to raise funds with the aim to find a cure.

It is because of this that the Riewoldt family and the Snowdome Foundation have partnered together to ‘power’ Maddie Riewoldt’s Vision to raise urgent funds to ‘make hope real’ for patients with blood cancers and diseases. Similar to Snowdome, MRV has been set up in Maddie’s memory to continue her steadfast commitment to become an advocate for Bone Marrow Failure Syndromes.

Maddie wanted to bring awareness of this disease to the forefront. She fought against the disease for five years with a strength that left everyone who came in contact with Maddie in complete and utter awe. It was a disease that completely ravaged her body and ultimately claimed her life. Maddie was determined she would make a difference. 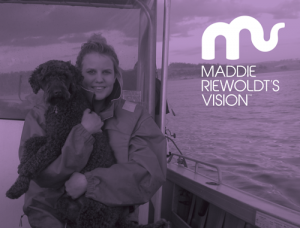 Maddie Riewoldt’s Vision has been established to help adolescents and young adults suffering from Bone Marrow Failure Syndromes through research and providing support into treatments, prevention and with an aim to find a cure.

Raising funds for this purpose will help keep her fight alive. Bone Marrow Failure Syndrome is a misunderstood area amongst the general public and desperately needs more research. In lieu of Maddie not being able to continue her fight, the Riewoldt family, through MRV, and Snowdome, are going to do it for her.

Maddie loved life’s simple things – sport, the beach, her dog and her family. Maddie was also stubborn, determined, extremely loyal and strong. She battled Aplastic Anemia for 5 years enduring countless blood transfusions, intrusive medical procedures, two bone marrow transplants and seven months in hospital. Maddie hated the illness with a vengeance as it took away everything she loved.

Speaking about his brave sister, Nick Riewoldt, captain of the St Kilda AFL Football Club, says “we don’t want to see another person go through what Maddie did. It was Maddie’s wish to speak to those suffering with the disease, as well as the general public, to raise awareness of Bone Marrow Failure Syndromes. We must make her wish come true and continue her fight”.

MRV is the only organisation focusing on adolescents and young adults with Bone Marrow Failure Syndromes in Australia. The Vision aims to raise $1 million in their first year and $8 million over 5 years.

Bone Marrow Failure Syndromes is a misunderstood area amongst the general public and is in desperate need of more research.

“Put simply, the bone marrow is a complex organ and one that is as vital and as critical as the heart. Bone Marrow Failure Syndromes are a collection of medical conditions where the bone marrow stops working – resulting in abnormalities of the blood including severe anemia, increased risk of severe infections and bleeding.

Maddie Riewoldt’s Vision is an initiative of the Snowdome Foundation.  #FightLikeMaddie 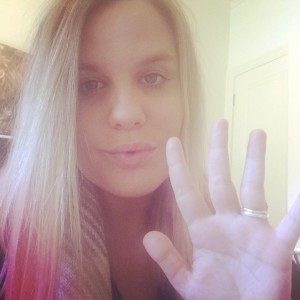 ‘Maddie’s Match’ at Etihad Stadium on Sunday 19 July was an example of the might of the AFL community who showed their best colours (again) by turning out in droves. A bumper crowd of over 45,000 purple-wearing supporters (Maddie’s favourite colour) turned out on a beautifully sunny winter’s afternoon to support Maddie Riewoldt’s Vision. The money raised from ticket sales, auction items, merchandising and donations will be immediately directed towards helping adolescents and young adults suffering from Bone Marrow Failure Syndromes through research and providing support into treatments, prevention and with an aim to finding a cure. Total funds raised is not yet known.

Maddie Riewoldt’s Vision is powered by the Snowdome Foundation. Please click here to go to the MRV website.