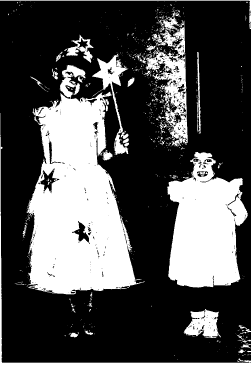 How lucky are we in our lives when the word ‘cancer’ is just something we hear about in the media and talk about casually when we are discussing a friend or their family’s circumstance. We throw the word around with such abandon, and a sympathetic but indeed so cavalier an attitude, ‘Oh, I am very sorry to hear’.

But when the word comes slamming into your life asteroid-like, because one of the people you adore most in the world has been diagnosed, the evil it is becomes an awesome and all-consuming heavy, heavy reality.

My sister Louise, died of multiple myeloma at the age of 60, two years after she was diagnosed.

I really didn’t know what courage was until I watched my sister go through her illness – in fact, negotiate her illness as every new, frightening experience attacked her. She endured pain upon pain upon pain. She took a disc under her skin, clawed to keep it in place to accept one injection after the other. She winced with the effects of the beast from her hospital bed, in and out, in and out of that bed until it became her second home. She moaned from deep down under the sheets as she emerged from a three-week ordeal of a stem cell transplant and could barely speak because of the massive population of ulcers in her mouth. Dialysis, hair loss, appetite disappearance, nausea, collapse, swelling, jaundice, good days, hideous days, fatigue oh the fatigue… and so it went for two years.

But during it all, she remained the entertainer for anyone who visited. She kept the bedside guests laughing their heads off. She asked them question after question about themselves, their families, their jobs, their lives. She accepted their gifts as though it were her happiest birthday and made them feel they mattered to her more than anything in her life. She prattled on about the nurses, her husband, the books she tried desperately to read, and with as much cheeky gossip as she could muster to make them laugh and feel at their ease, and collapsed with utter tiredness when they left, as she endured, baldness, thinness, confusion, grief, loss, anger, irritation, and hopelessness and the deepest sadness.
And while the cancer was eating her up she still ran a creative writing school for her adoring, energetic enthusiastic pupils, corrected all their work with full and comprehensive feedback, took a group to Italy for two weeks and made all around her feel fabulous.

Meanwhile she endured the amazing loss of not being able to see her two daughters grow, become adults, wives, mothers.

My first memory of Louise was when I was two. She was posing for my father who wanted to take a picture of her in her shimmering, magnificent full blown tulle fairy dress, holding aloft her sparkling wand and tilting her head, weighted with her bejewelled tiara. I am in the picture, small, smiling, thinking I am standing close to heaven’s fairy princess. Five years older than I, Louise held that position of fairy princess in my life until the very second she left us at 7.41pm that abhorrent life-changing Friday night in 2005.

There was not one decision I ever made without consulting her. Though we had our ups and downs as sisters, Louise was ‘my sister, my self’, which I was able to tell her the day she died. But the last thing I guessed during that short but most important conversation of all in my life was that I was going to lose her that night.

Usually a confident women, after she died, I could barely make a decision, and still struggle doing so, I felt and feel her absence so acutely. Still today, I think ‘What would Louise have done with this?’ before I make a move.
It took a year or so before I could stand and walk straight again without tilting to the left. Whether it was in my mind or in fact physically real, along with Louise going, so did what appeared to me to be the left-hand side of my body. It felt like I had been cut sharply but completely down the middle from top to toe. There was only half of me remaining, the right-hand side and I leaned for a very long time. I was incomplete without her.

And while I talk about myself with this event and not more about what a whacky, wonderful, obtuse, creative, difficult, delightful and unforgettable person my sister was… blood cancer? I wouldn’t wish it upon anyone, the sufferer or those who suffer with them.

What amazing people cancer victims are. What incredible losses they experience. What truly splendid examples they are to us as they endure. We can only bow to them and pay them great homage.

But if there is a cure for blood cancer, let’s help hard to find it – fast.

Julia Zaetta, Editor-in-Chief of Better Homes & Gardens, has chosen to be an Ambassador for the ‘Great Shake-Up’ to support Snowdome’s efforts to accelerate new treatments for Australian blood cancer patients to help them longer, better lives. Please join her in supporting the “Great Shake-Up’ (click here for more information).