If you happened to take a lunchtime stroll past the popular Zinc venue at Federation Square in Melbourne on May 15, you might have noticed a substantial crowd of noisy diners inside enjoying a function. What you may not have noticed was that something truly wonderful for blood cancer research was taking place.

Each year, in May, a group of philanthropically minded lads from Melbourne (a.k.a the Corcous Club) ask 400 of their closest friends to lunch together for a cause. Each year, a different charity is chosen as the beneficiary. The chosen charity is usually one that might have a lower profile than other charities. And the chosen charity is given something wonderful:- a platform to raise the awareness of their cause.

In 2015, the Corcous Club chose to support Snowdome. Needless to say, we were thrilled.

In describing our cause to the audience, blood cancer specialist, researcher and co-founder of Snowdome, Professor Miles Prince, explained the desperate need for more funding to get patients onto clinical trials. Funds to allow trials of new drugs that will make a difference to patient’s lives. Funding to pay for the scientists, research doctors and research nurses to run the trials. And funding to get new treatments to Australian patients faster.

Before he implored with the audience to invest in Snowdome’s mission, Miles introduced the audience to two special guests who were there to talk about their experience with a blood-related disease. In an emotional presentation, Nick Riewoldt and his mother Fiona talked about their beautiful sister & daughter Maddie who recently lost her battle with aplastic anaemia, a type of bone marrow failure syndrome and closely related to blood cancers. Nick & Fiona also announced that the Riewoldt family were partnering with Snowdome to establish ‘Maddie Riewoldt’s Vision’ to raise money to help find a cure for this lesser-known disease.  It was a heartfelt plea from a stricken family desperate to ensure no one else goes through the terrible illness that Maddie had to endure.

Combined with the proceeds from ticket sales, auction items and a generous amount of pledges and donations, Snowdome is pleased to announce that $100,000 was raised from the MayDay charity event and will be immediately directed towards the acceleration of treatments for Australians with blood cancers and diseases. A truly wonderful result and our enormous thanks to the Corcous Club for making it possible. 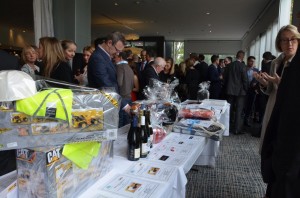 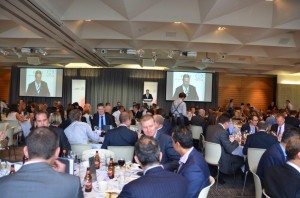