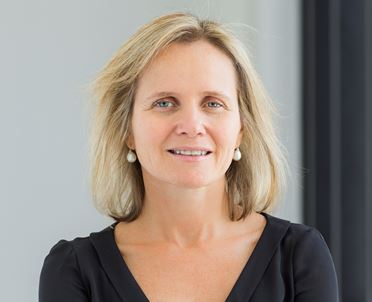 When it comes to the world of haematology research there is a gap between male and female participation that will take years to bridge.

A recent study published in PLOS Biology. found that in Australia, women account for 39% of the haematology research authorship. The authors of the international study that analysed data from more than 10 million articles in 6,000 different scientific journals said the authorship levels correlated strongly with female research workforce participation in specialties such as haematology. And they estimated at current rates it would take at least 12 years for women to reach parity with males.

But Professor Sharon Lewin, director of the Peter Doherty Institute for Infection and Immunity in Victoria, believes the number of female haematologists working as clinician/researchers in Australia is likely to be even lower than suggested by the study.

As director of the Snowdome Foundation, which in collaboration with Maddie Riewoldt’s Vision is offering the three-year career fellowship to help one female haematologist rise to the top of her field, she says support systems need to be put in place if women are to reach parity in the competitive world of medical research.

For the past three decades there have been equal numbers of women and men graduating from medical school, says Professor Lewin.

“And yet when you look at specialties and then leadership roles you get this rapid fall off. We are losing all these great people who if we nurtured them and provided support at that critical time – through mentoring and role models – we would be able to keep people in jobs that can make major contribution.

That “critical time” is typically the period when female doctors have completed at least a decade of medical training, aged in their early thirties and wanting to start a family, she said.

An unconscious gender bias present in many workplaces acts as a further barrier to starting a research pathway, she believed.

“If you look across heads of departments, heads of research groups, heads of institutes there is no doubt women are underrepresented and  probably haematology lower than other disciplines,” she said.

But there are many ways in which workplaces can support female clinicians to delve into research – from making childcare accessible to funding a carer to travel with an employee so she can bring young children on overseas trips.

And having an understanding boss is one of the biggest predictors of whether a woman will stay in research, she said.

Working as a joint clinician-researcher is always going to be a juggling act, and there are challenges like securing funding and working in an uber-competitive field.

But the rewards – like enrolling your patients in clinical trials to give them access to treatments that are otherwise out of reach  – are also really high.

And one of the biggest rewards, she says, is playing an active role in changing the face of medical practice.

The Snowdome and MRV scholarship will fund a female researcher and include a mentorship program to fully ensure their ambitions are supported through connection to a select group of female leaders in medical research and business.

If you wish to be advised when the call-out for the Gunn Family Career Development Fellowship in Research for women in haematology occurs, please email your contact details to [email protected]

Published in the Limbic