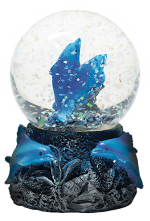 September 18 approaches and it will be three years since my sister Andrea was diagnosed with Diffuse Large B cell lymphoma (stage 4). Andrea was 42 at the time, a partner, a mother of two boys, a daughter, sister, aunty, cousin and friend to many. This was not part of her story or ours but it became the story for at least two and half years while she was treated aggressively with chemotherapy, a stem cell transplant, multiple blood and platelet transfusions, heavy duty antibiotics and radiation therapy.

One of the hardest things I have ever had to do was tell my parents that Andrea had blood cancer and I can still hear the primal sound that came from my father after I had delivered the news. They were changed by this news.

Ironically, while I had worked as a Medical Scientist in Haematology (looking at blood and seeing patients with blood cancers such as lymphoma and leukaemia) and had spent a lot of time in hospitals, I found the many hours spent at Peter Mac challenging and I was still so very overwhelmed witnessing the treatment and its impact on Andrea. It was even harder for other family members who were not used to the strange hospital environment with its smells and sounds and sickness. For the patient herself, the hospital was the last place on earth she wanted to be. In the hospital there was no escaping that she was sick, surrounded by other blood cancer patients, some who went home and some who never did. So despite the extraordinarily  good care that Andrea received from her doctors, nurses and the other staff at Peter Mac, she felt imprisoned in the hospital and long stays for treatment and the  infections she battled  were such a challenge for her both physically and mentally.   I think the trauma of that time is still with her as it is with all of us but  this will fade over time.

This story has a happy ending because almost 3 years later Andrea is well and looking forward to the future. She always had hope and so did I because despite my knowing the statistics on survival rates, the  prognostic indicators and the risks of her lymphoma,  you cling to hope.  ‘Making hope real’ for blood cancer patients resonates with me and that is why I am a supporter of the Snowdome Foundation.