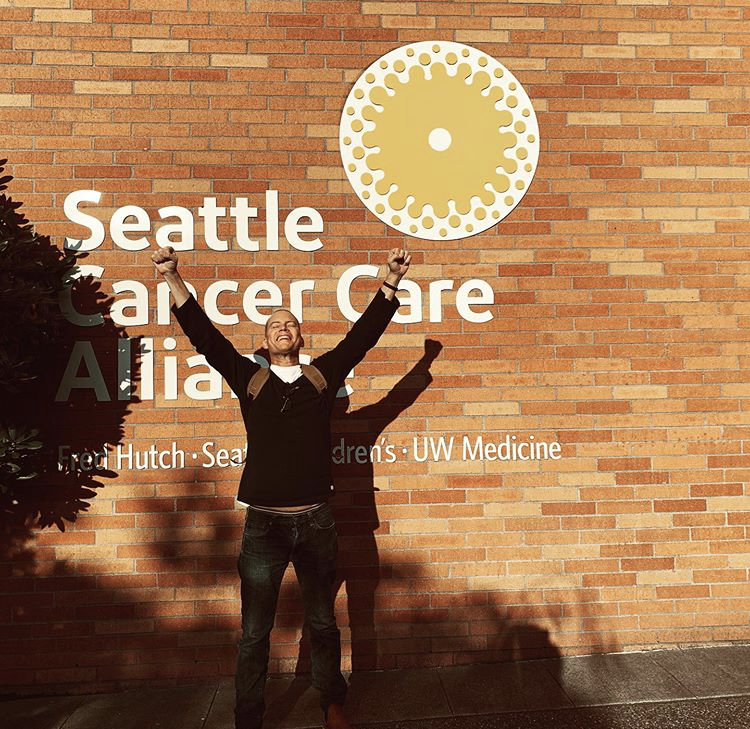 Tom Long is filled with gratitude. He got a second chance at life when he was accepted into a CAR T-cell therapy trial at the Seattle Cancer Care Alliance in the USA.

Three months ago he arrived in the USA a very unwell individual.  He had exhausted every possible treatment but the cancer cells kept growing and dividing. A week after arriving he had his T cells removed and genetically engineered so they would recognise the cancer riddling his body. Two months later his new supercharged T-cells were put back in his body to work their magic. Now he is on his way home – in remission for the first time in 7 years.

We don’t want this to be a story about one lucky individual. We want this story to be common, to be the norm. With your help, we can make it happen. Let’s work together to bring CAR T-cell therapy trials to Australia so we all get a second chance at life.

Safe travels home Tom. Thanks for giving us hope.