The heroes from Vision Super

Too often the word hero is used and abused. It’s used to describe an ingredient in a restaurant’s dish or a decoration in a room on a renovation show.

For us at Snowdome, the word hero is used to describe those who selflessly donate or support our charity, especially considering they most likely don’t know the beneficiaries and do it simply to help.

The ‘Murray to Moyne’ bike riding team from Vision Super are heroes. Not only did they coordinate some remarkable fundraising, they battled high winds, big hills and ridiculously long distances to ride from Swan Hill to Port Fairy in two days! And that was just the bike riders. There was also a dedicated support crew who threw their weight behind the whole project as well. The result? A total of almost $31,000 raised which was split equally and donated to Snowdome and the good people at Carers Victoria.

We’ve said it before and we’ll say it again, THANK YOU to all in the Vision Super ‘Murray to Moyne’ team for your wonderful generosity and heroic efforts. 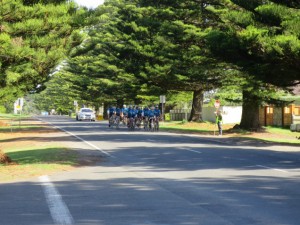 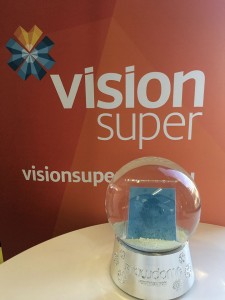 With the final days of training underway, Vision Super’s keen team of charitable cyclists are about to embark on their 330km team relay to raise money for charity. This year they have chosen to ride in support of both Snowdome and Carers Victoria. All monies raised will be split equally between our two organisations.

The Murray to Moyne Cycle Relay (M2M) starts at the Murray River and finishes in the historic town of Port Fairy in the western district of Victoria. The weekend of the 2nd and 3rd of April will be busy on those highways!

If you would like to donate and cheer on the dedicated team, please click here and choose Team number/name 360 – Vision Super (Snowdome Foundation).

To find out more, go to www.murraytomoyne.com.au.

Huge thanks to Vision Super for choosing to raise money for Snowdome! We wish the riders the best of luck.