On 15 October 2014, our second ‘Great Shake-Up’ virtual fundraising event was streamed live from AFL Media’s studios in Melbourne into 100 corporate boardrooms, private functions and even a yacht in Docklands!

The event raised over $550,000 for blood cancer research and with the amazing support of our partners and volunteer committee we were able to keep expenses at an incredibly low 15%, an industry best practice. 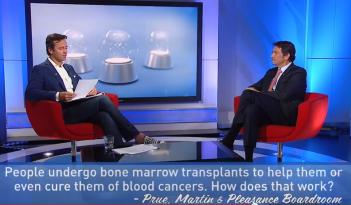 The hour of infotainment, hosted by Hamish McLachlan, provided an insight into the work of Snowdome and the urgent need to accelerate blood cancer treatments. Educational pieces, heartfelt accounts from patients and some very moving stories from families touched by blood cancer were intermingled with entertainment. The line-up included Melbourne singer-songwriter, Lior, and Darren Percival from The Voice. We were so pleased to hear from Village Roadshow Co-Executive Chairman, Robert Kirby, and Finance Director, Julie Raffe, whose support throughout the planning stage and on the day of the event was inspiring. Village Roadshow registered six boardrooms! There was even a tinge of MasterChef with 2014 contestant and new Snowdome Ambassador, Ben MacDonald, whipping up a storm in the kitchen. 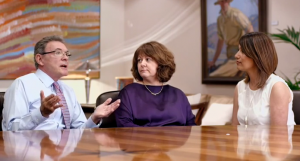 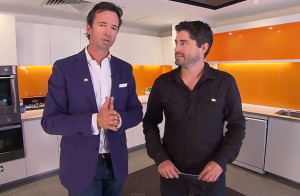 Running alongside the event was an online auction of a small selection of premium items. The Ultimate Melbourne Sports Package, Seaworld Family Holiday, Behind the Scenes Masterchef tour & lunch, Exclusive Red Carpet Experience, Media Billboards and European River Cruise caused some bidding frenzies and we are extremely grateful to all who so generously donated these items. The auction on its own raised almost $54,000 – a significant result.

We cannot thank the following partners enough – AFL Media, b2cloud, Cisco, Channel 7, Telstra, Village Roadshow and Viocorp. Without their extremely generous pro bono support the ‘Great Shake-Up’ would not be possible. It is their donation of services that enables us to maximise our contribution to blood cancer research.

Our sincere thanks to the Snowdome Ambassadors and the volunteer committee for all their hard work and countless hours of time donated in the quest to make the ‘Great Shake-Up’ as successful as it was.

Finally, a very special thank you to Nicky Long who has chaired the committee for the last two years. Nicky is a Director of Snowdome and has given immeasurable hours of her time to the concept, planning and production of the ‘Great Shake-Up’ in 2013 and 2014. Her dedicated and professional stewardship ultimately ensured they were both great successes. 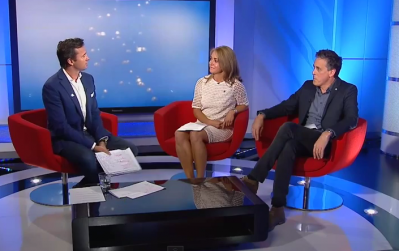 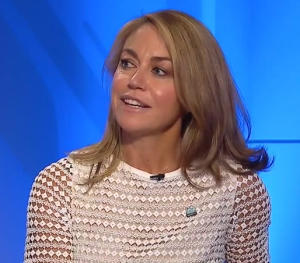